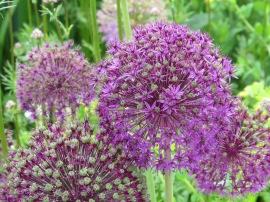 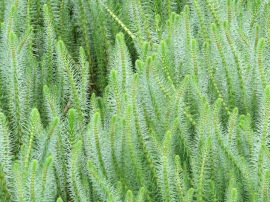 Future Challenges  The future of the Botanic Garden and Plant Sciences in Cambridge in the 21st century looks flourishing.  In the past few decades, the profile of Plant Sciences internationally has been raised and molecular biological work on plants also has implications for other scientific disciplines.  For example, Professor Sir David Baulcombe’s ground-breaking work in epigenetics is an example of how mechanisms affecting the DNA of plants also affect the DNA of humans and other animals.  Plant Sciences has attracted fresh funding and the location of the Sainsbury Laboratory (SLCU) next to the Botanic Garden is a statement of a belief in the importance of this scientific approach. 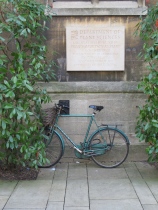 During the late 20th-century both the Botanic Garden and Plant Sciences reassessed their roles and refocused their energies in order to be in a strong, vibrant position to face the challenges of a rapidly changing world – concerns about Sustainability, food security – having enough food to feed growing populations, the Conservation of the world’s Biodiversity and Ecological Restoration to repair the damage done and climate change.  Great strides have been made in understanding these areas.  However as Sara Oldfield of the Botanic Garden Conservation International says: 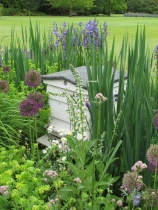 “Botanic Gardens are very good at adapting to the times…. It is going to be really important for Botanic Gardens to keep adapting.  To have a very strong scientific tradition – as the Cambridge Botanic Garden has – but [also] to demonstrate the public issues of sustainability and why plants are of fundamental importance.  Certainly with climate change, water scarcity, resource scarcity, food security, all these issues, Botanic Gardens have a key role to play in helping to address.” 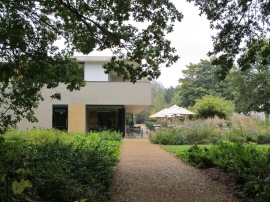 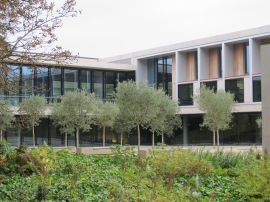 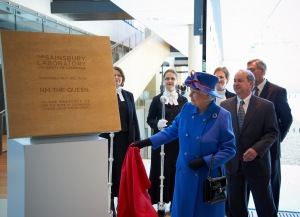 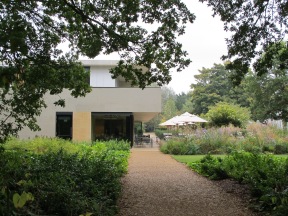 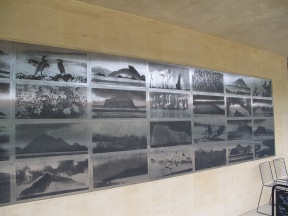 The futuristic building was designed by architects Stanton Williams who were awarded the 2012 the Royal Institute of British Architects (RIBA) for its design. Lord Sainsbury said that in Britain it was unusual for scientific laboratories to be state-of-the-art. The building has several functions – it is a private plant science research laboratory, designed with spaces to encourage collaboration between plant scientists; it houses a historic Herbarium Collection, as well as having a public cafe which is accessed via the Botanic Garden. 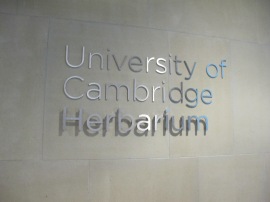 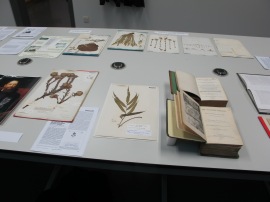 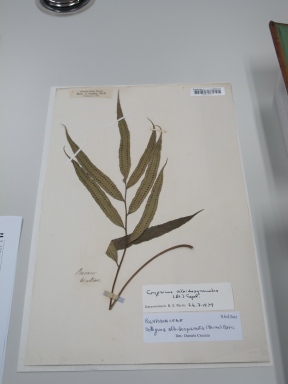 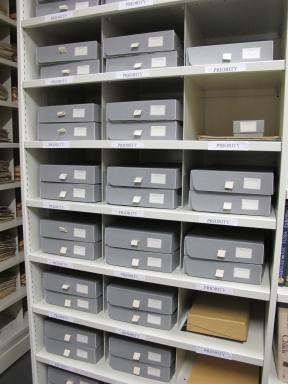 The public aspect is the Gilmour Suite or Garden Cafe which faces towards Cory Lodge and the Cory Lawn.  The exterior wall of the Cafe is decorated with a frieze of images from the Galapagos Islands by artist Norman Ackroyd.  These link Darwin, John Stevens Henslow the Botanic Garden’s founder, the Botanic Garden and the Herbarium Collection. 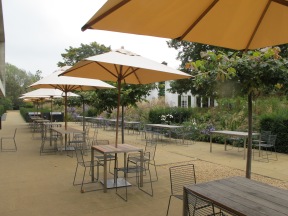 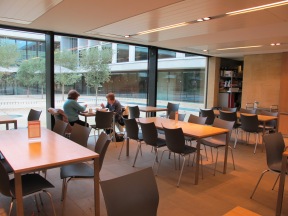 Works of Art   Several artists were commissioned to create works for The Sainsbury Laboratory. Artist and Royal Academician Norman Ackroyd (pictured below) was invited by David and Susie Sainsbury to create a mural for The Sainsbury Laboratory.  His creation of a frieze of forty etched metal plates allowed the artist to illustrate the diversity of flora and fauna of these remarkable islands.  The resulting frieze can be enjoyed by all visitors to the Botanic Garden as it is situated on the wall outside the Garden Cafe. 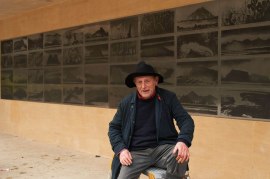 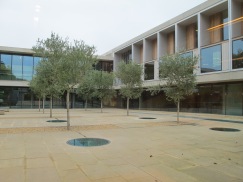 Sculptor William Pye’s work can also be enjoyed by visitors to the Garden Cafe.  His four ‘Starbursts’ (above right) are set into the courtyard paving and combine water with colourful changing LED lights.  Susanna Heron’s shallow engraved stone frieze, ‘Henslow’s Walk’, now decorates the walls of the lecture theatre in the private section of the building.

Creating visual harmony Following the development of The Sainsbury Laboratory, landscape designers  and Brita Schoenaich of Bradley-Hole Schoenaich Landscape Architects were commissioned to visually connect the twentieth-century Cory Lodge and Lawn with the twenty-first century Sainsbury Laboratory.  This was the first time professional landscape architects had been commissioned to create landscaping in the Cambridge University Botanic Garden. 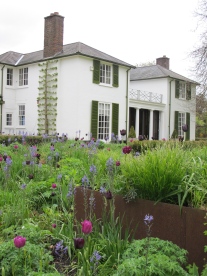 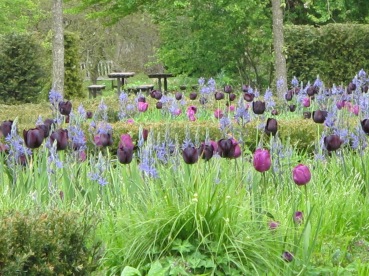 Bradley-Hole Schoenaich landscape plantings with a spring display of tulips

Professor John Parker (Director 1996 – 2010): ‘I think Christopher Bradley-Hole and Brita Schoenaich have done an utterly brilliant job.  It has been done with considerable understanding of the nature of Cory Lodge itself and of the Sainsbury Laboratory building and of the space between them.  It is a very positive thing, a really lovely space and addition to the garden.’ 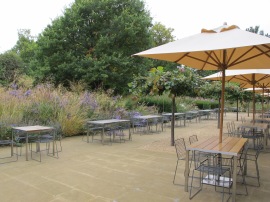 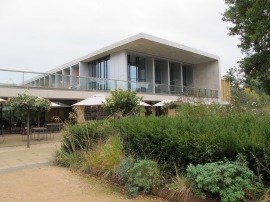 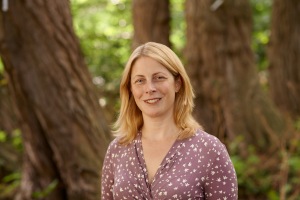 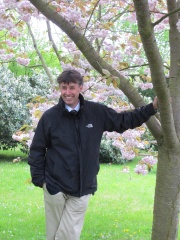 Dr Tim Upson, Curator (1997 – present) and Acting Director (2010 – 2013) became Deputy Director in 2013.  Tim Upson is involved in planning new plantings and renovations of displays in the Garden.  One area which have been earmarked for a revamp is the Compost Display, to demonstrate the way in which the Garden utilises its green waste. Another is the development along the eastern boundary with Hills Road where planting of trees and shrubs both allow for screening and encourage biodiversity of insect life.  The historic Chronological Border is one display that now requires revamping after over fifty years.

Voices of the Future  Listen to Professor Sir David Baulcombe talking about future challenges.   Sara Oldfield, Secretary General of the Botanic Gardens Conservation International on the importance of Botanic Gardens.