What is Biodiversity?
Biodiversity has become a conservation issue as natural habitats have been damaged or lost.  ‘Biological diversity’ or ‘biodiversity’ are terms developed in 1985 to refer to the diversity or variety of living plants, animals and micro-organisms. This includes all living and natural systems.  It is these systems that humans depend on for their everyday life and survival – medicines, foods, energy.

The Convention on Biological Diversity (CBD)(1993) defines biodiversity as:
‘The variability among living organisms from all sources including terrestrial, marine and other aquatic ecosystems, and the ecological complexes of which they are part; this includes diversity within species, between species and of ecosystems.’

The Convention was an international initiative, signed by 150 governments following the Rio Earth Summit in 1992.  It has three main objectives 1) The conservation of biological diversity; 2) the sustainable use of the components of biological diversity and 3) the fair and equitable sharing of the benefits arising out of the utilisation of genetic resources.

Why is Biodiversity important?
According to the CBD statement Biodiversity: Life Insurance for our Changing World: ‘Biodiversity can indeed help alleviate hunger and poverty, can promote human health, and be the basis for ensuring freedom and equity for all.’

Biodiversity in the Garden
The living collection of plants in the Cambridge University Botanic Garden includes specimens from across the globe, as well as from the local East Anglian countryside. Depending on the natural habitats in which they grow, specimens may be found planted out across the Garden in the plantings, landscapes and woodlands. Plants that require particularly hot, humid or controlled temperatures are found in the glasshouses. Sections display plants from similar ecosystems, such as the Tropical Rainforest, the Arid Lands and the unusual flora of the Oceanic Islands.

Bugs, Birds and Bats
Biodiversity is not just about plants. The Botanic Gardens Conservation International (BGCI) says ‘Biodiversity is the full complexity and variety of life, at all scales, from genetic diversity, up to species and even ecosystem diversity.’ The Cambridge University Botanic Garden is home to many creatures that crawl, fly, slither and hop.
One of the most attractive demonstrations of biodiversity can be seen in the Bee and Butterfly borders planted with lavender and other insect-attracting plants to encourage pollination. During the summer months, these borders are alive with bees, butterflies and other nectar-loving insects. There has been a long association with bee-keeping in the garden.  However it was during the 2000s that the Bee and Butterfly borders were given their prominent location next to the glasshouses, together with information about the importance of bees and other insects to pollinate plants. 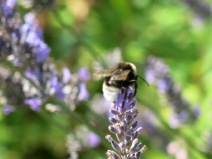 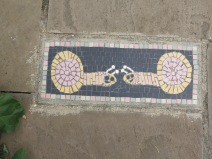 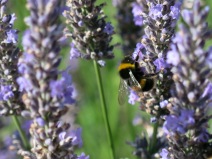 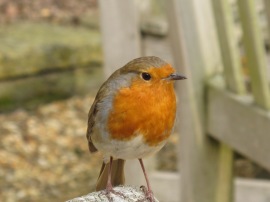 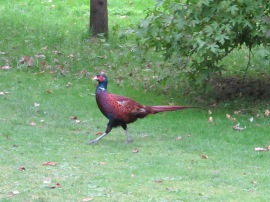 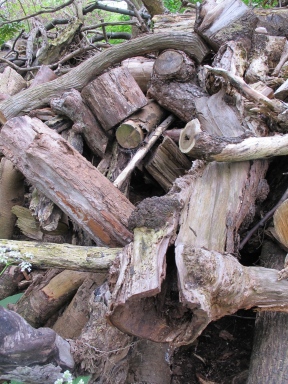 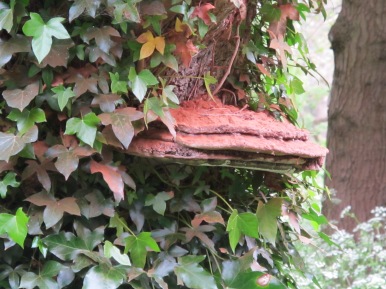